Loving Joaquin   The creations of an unschooled child

A King of Swords

The story of this project is rich, and it began in May 2019.

Inspired by the last season of Game of Thrones (which he was allowed to watch with restrictions), Joaquin began reading George R.R. Martin’s book, and decided that he would make his own GOT-inspired TV show.

That summer kept us busy:

As the technical complexity of the project ramped up with green screen and stop-animation experiments, the next school year began. Joaquin decided then, that along with the show, he would write a book. This proved to be a wise decision since filming never went past a stop-motion video I made and failed to combine with moving characters. But the book project kept going strong, completely fueled by Joaquin’s dedication. He used the storyboard as his foundation, and would write every day at school during the fall of 2019, reading his chapters to Coco (his closest Staff Member), and me.

However, as the school lost its home and moved through two locations over the winter, Joaquin’s writing slowed down, stopped, and only resumed about a year later, at home, during the 2020 Pandemic. By then, his writing skills had taken a leap, and he was also interested for the first time in editing his work. He wrote three fabulous chapters, but self-imposed pressure to perform somehow appeared, and he decided to concentrate his efforts to editing previous work, afraid and unmotivated to create new copy.

The book has evolved consistently but very slowly since then, and he estimates that it is approximately at “five sixths” (83%) of completion. We both know how the story ends, but I’m not sure that at this pace—and given his different current interest—it will ever be fully written. So in order to honor all the work he’s dedicated to this project over the last two years, I printed and made a physical copy of the partially edited manuscript he has completed at this point. The story is creative, engaging, and uniquely-Joaquinishly delightful (though not appropriate for younger kids), and deserves celebration and its rightful place in this portfolio. 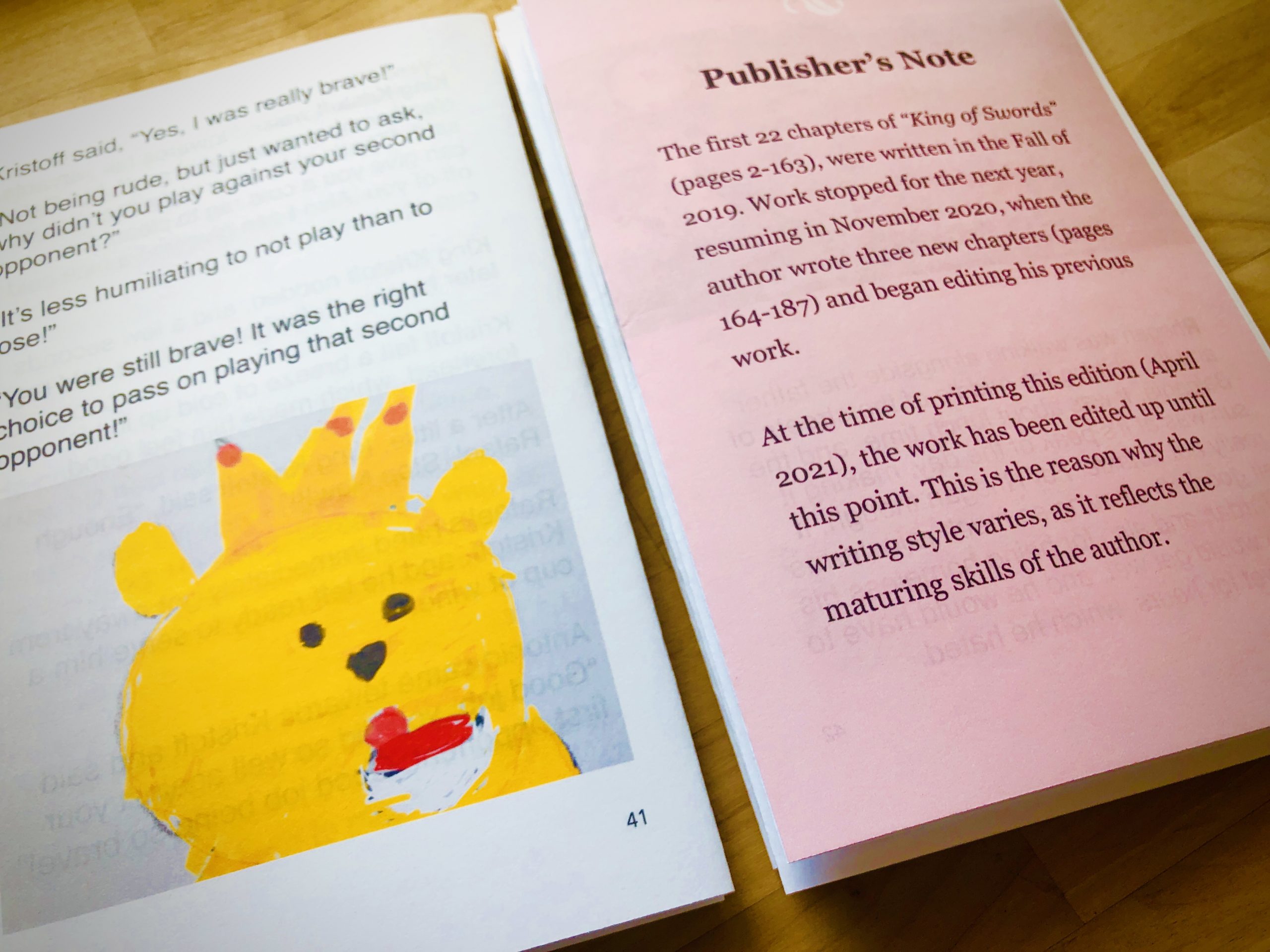 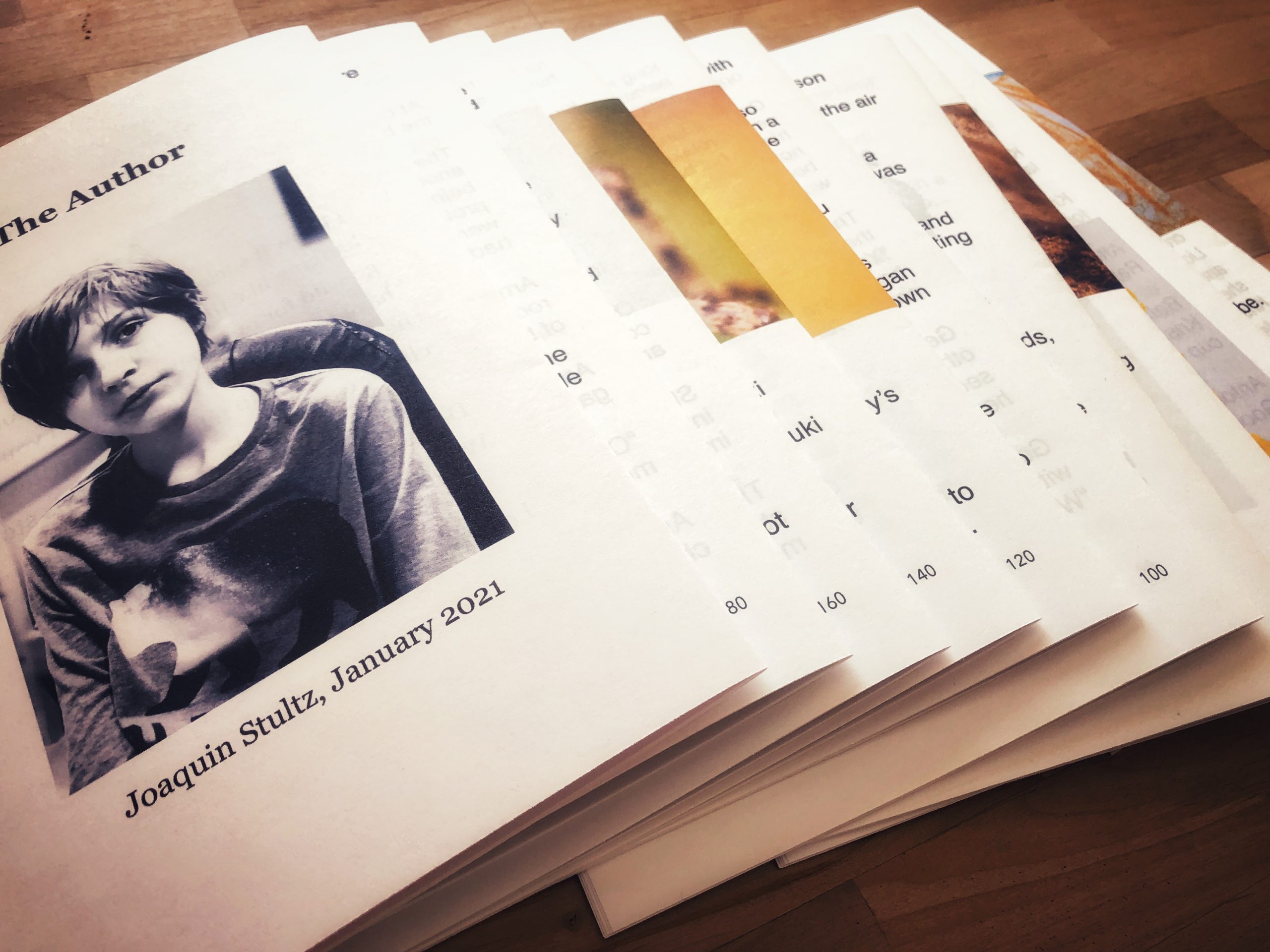 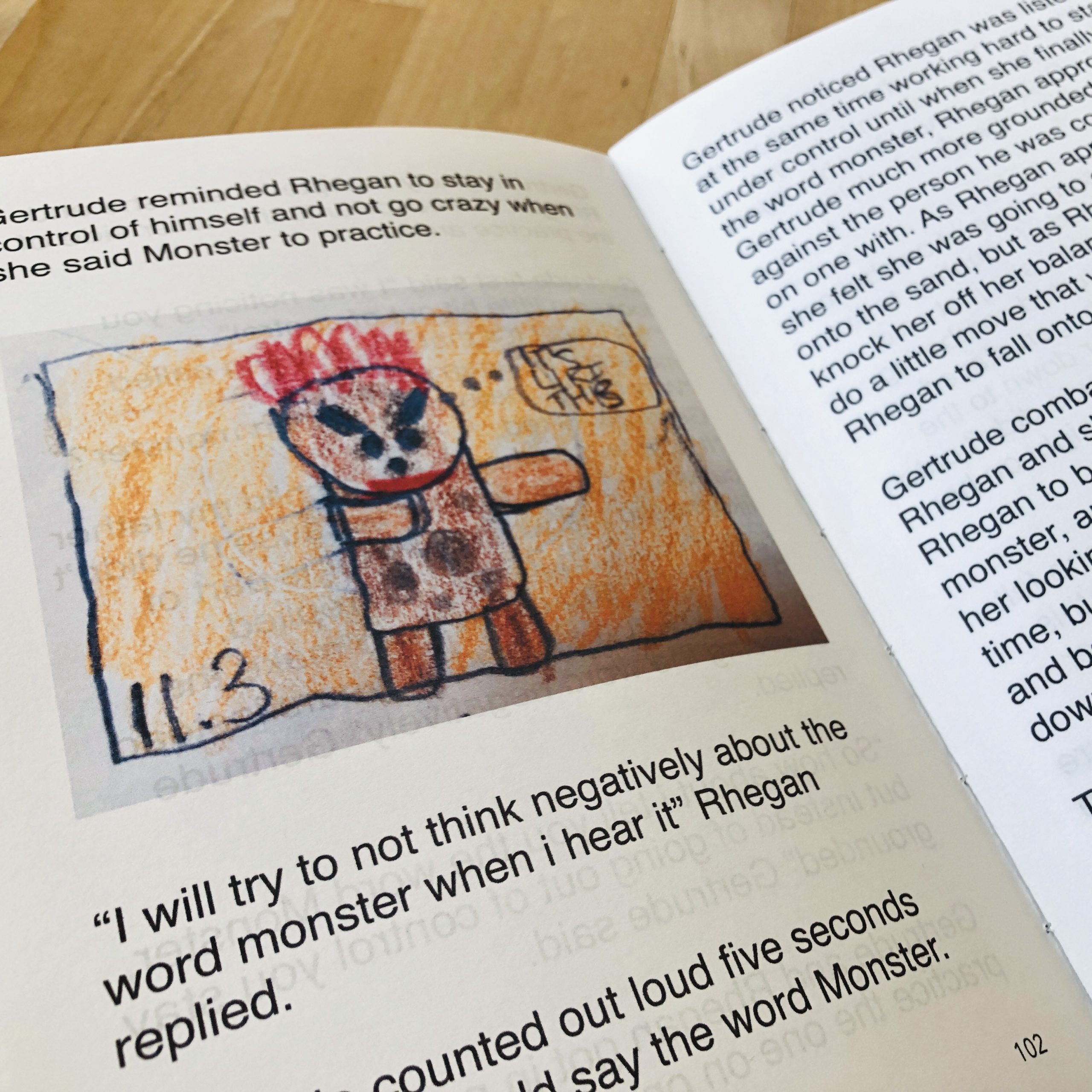 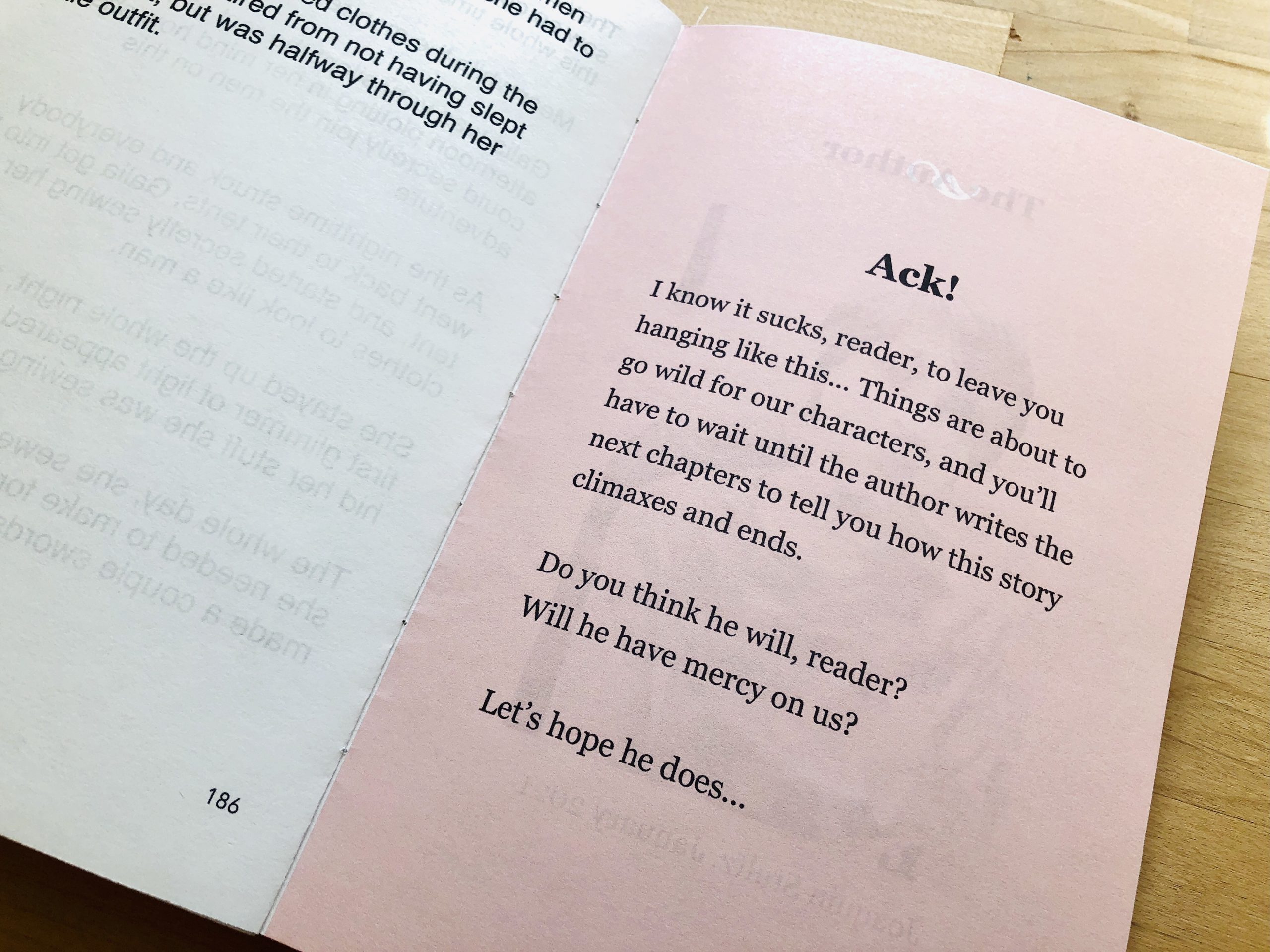 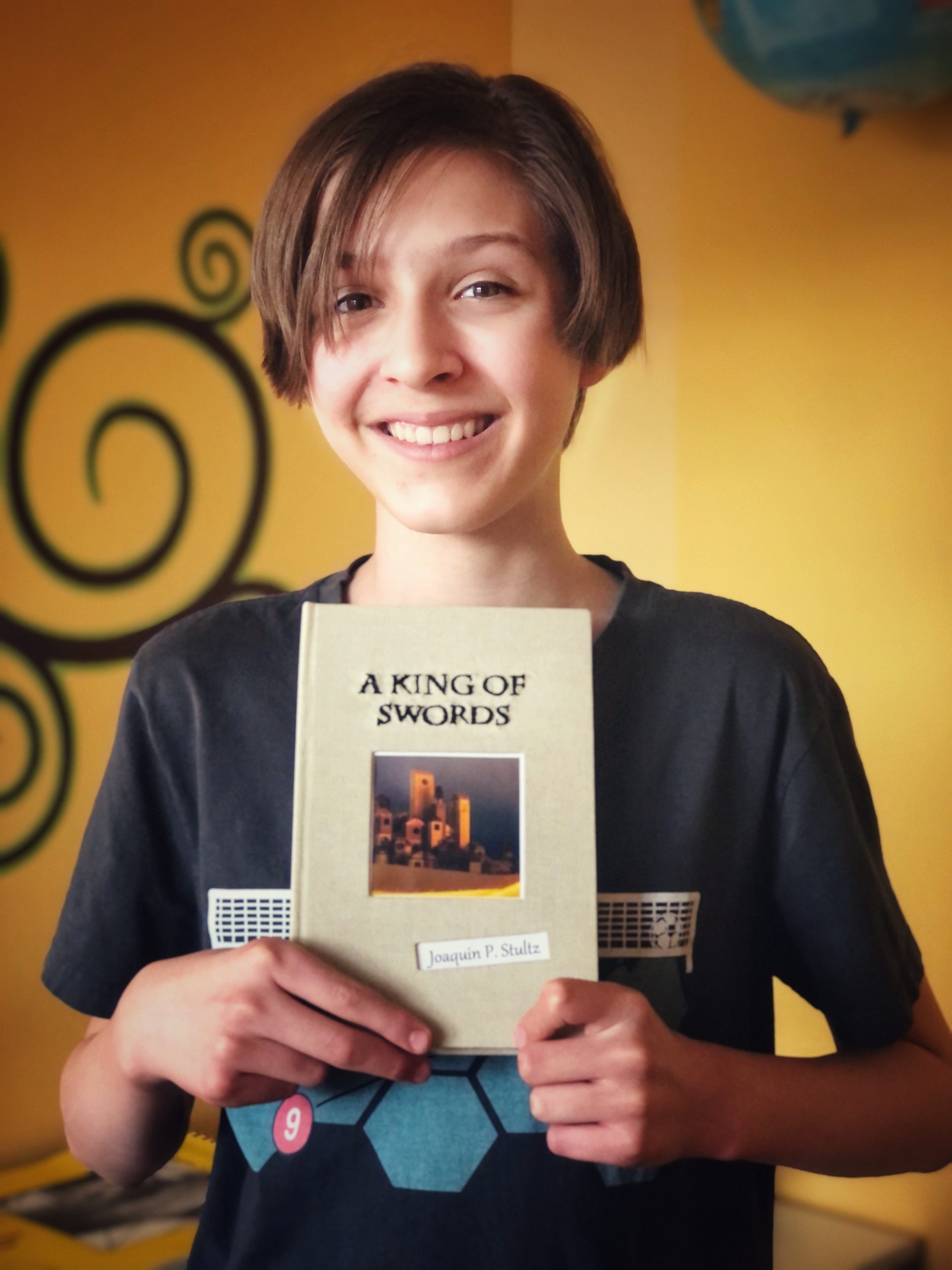 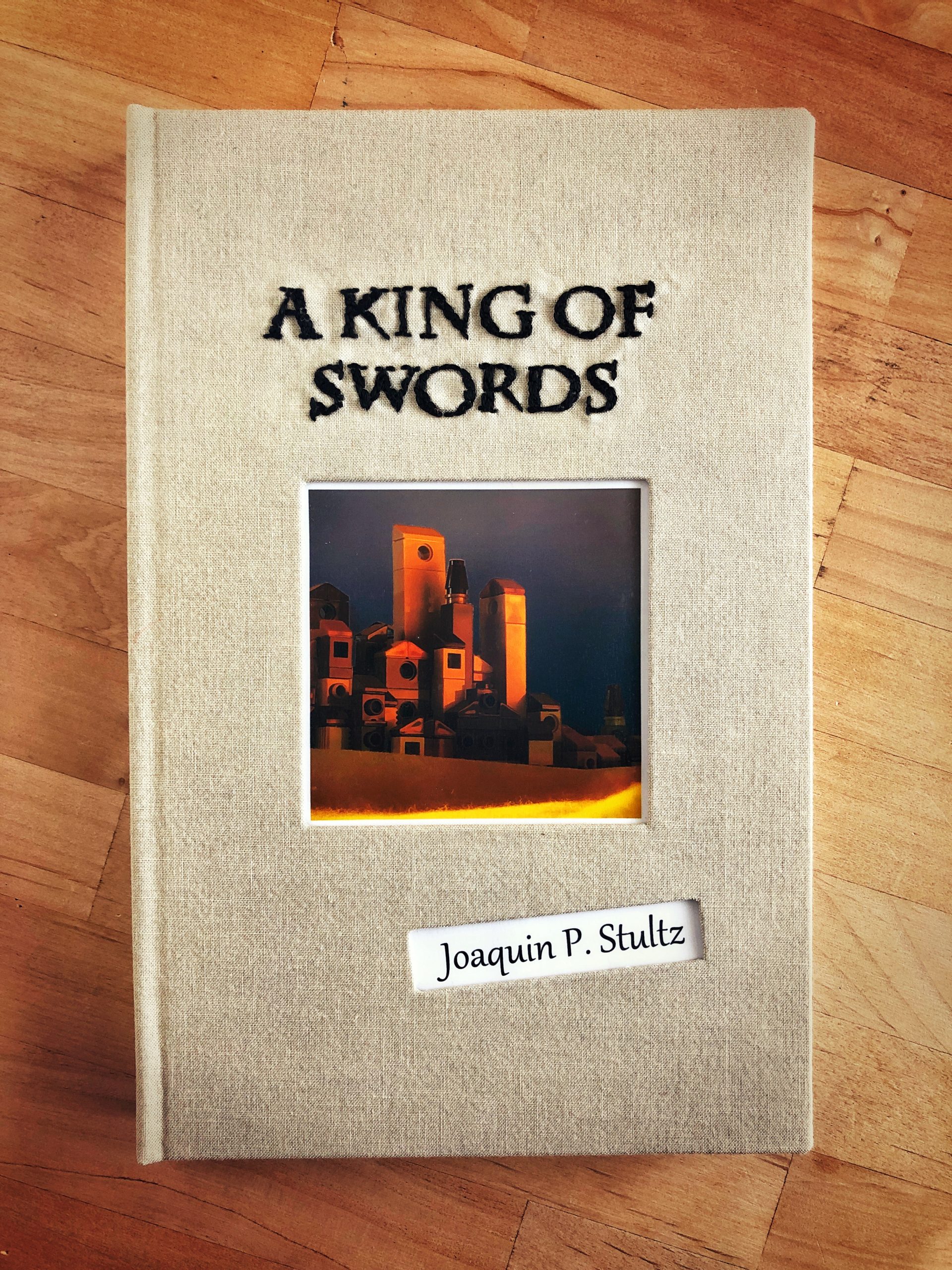 In order to share a little taste of the story, I made a short video reading of some passages from the Prologue using some of the assets we had prepared for filming that were never used. Because the author refused to tie this work to his “kid voice”, it’s me (his mother) reading.